Publish What You Fund

Publish What You fund is the global campaign for aid transparency. They envisage a world where aid and development information is transparent, available and used for effective decision-making, public accountability and lasting change for all citizens.

PWYF approached us with an open brief and no fixed idea of the best way to communicate what they do. After initial conversations we agreed it would be impactful to try and capture the activity of Publish What You Fund in a single analogy. With that in mind, we thought that illustrating the negative results of the lack of communication and coordination when performing a group task are summed up/conveyed neatly by the game of ‘Exquisite Corpse’.

This is where different people take it in turns to draw parts of a body one after another, without seeing what each other are doing. The end result is inconsistent and uncoordinated, which conveys the idea of various aid donors not having access to the necessary information to make robust financial decisions. The drawing theme also gave us some nice hooks for the script with the central theme of the ‘full picture’, summing up the overall message of the film.

To avoid any bias to one particular location or demographic, we came up with the idea of having the voice over read by different people from all over the world. This further accentuates the main idea of transparency and coordination.

"I am back at my desk after 8 days in the US. Just to say that the animation has been SO WELL received. It was just great turning around at the launch to see a room full of faces totally captured by it. Thank you so very much for all of your hard work, good ideas, flexibility and enthusiasm. It was a really professional job and we are all' delighted with it." 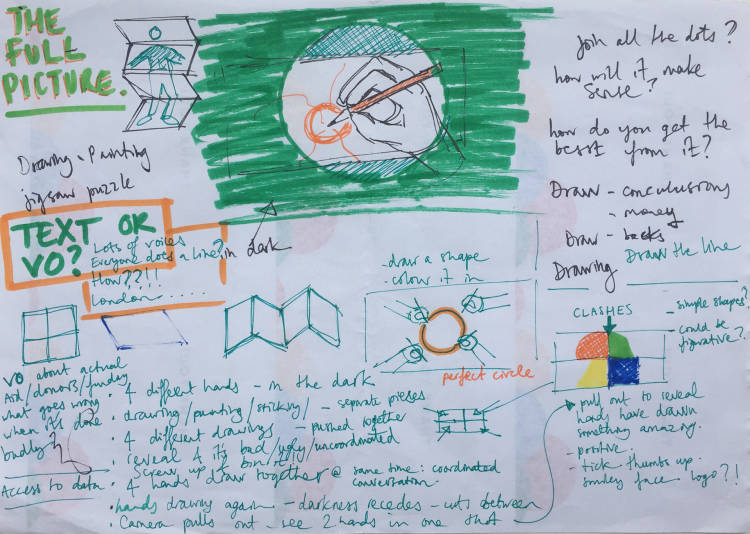 An idea is born! 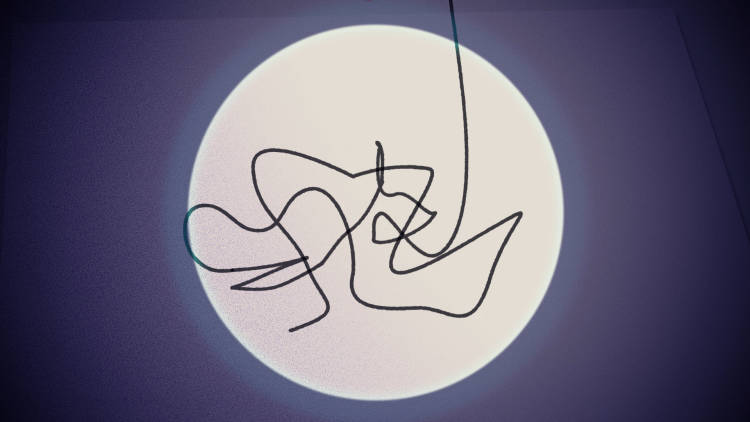 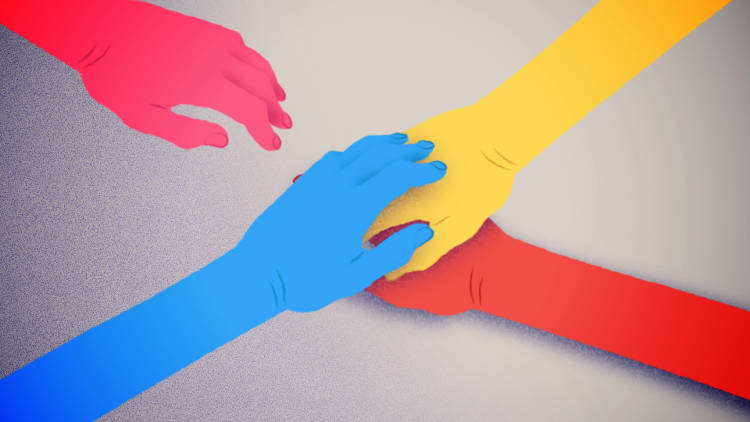 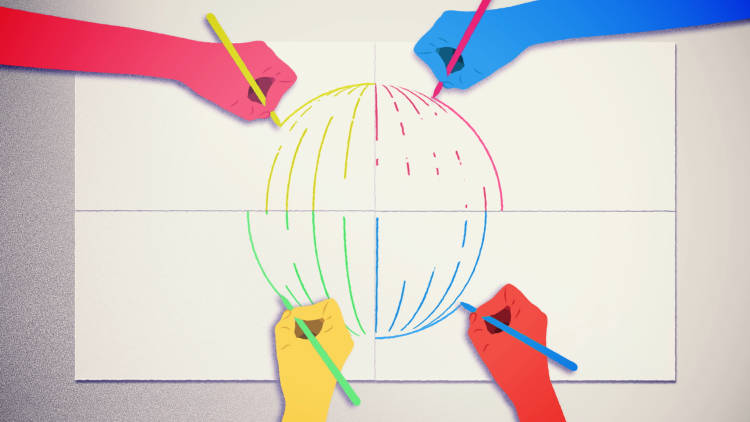 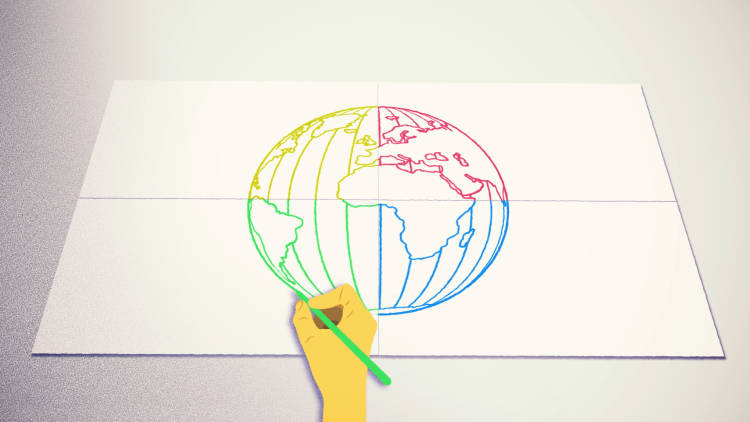 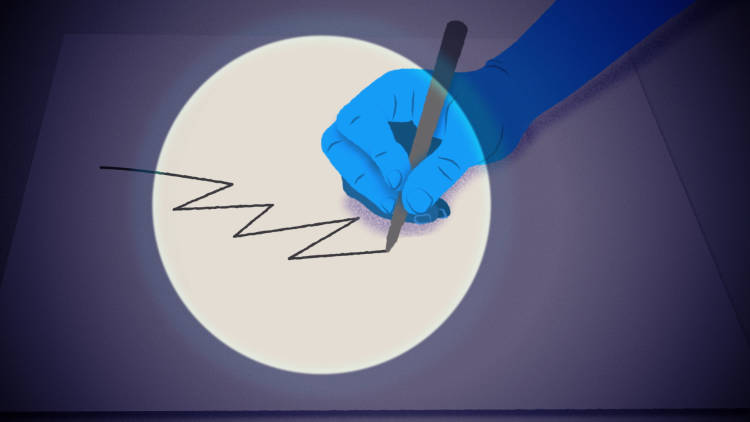 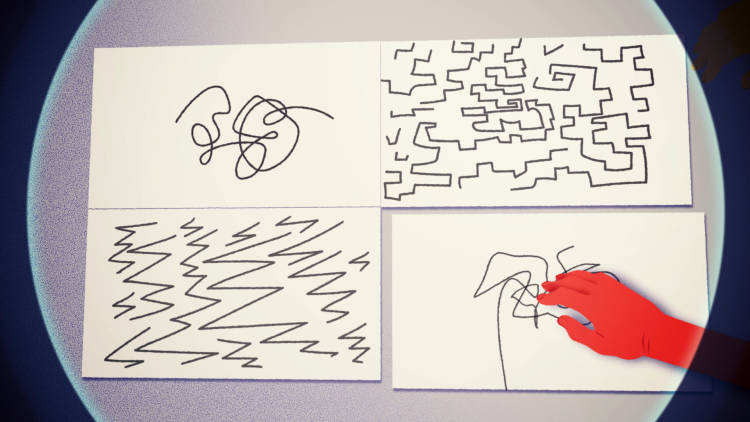 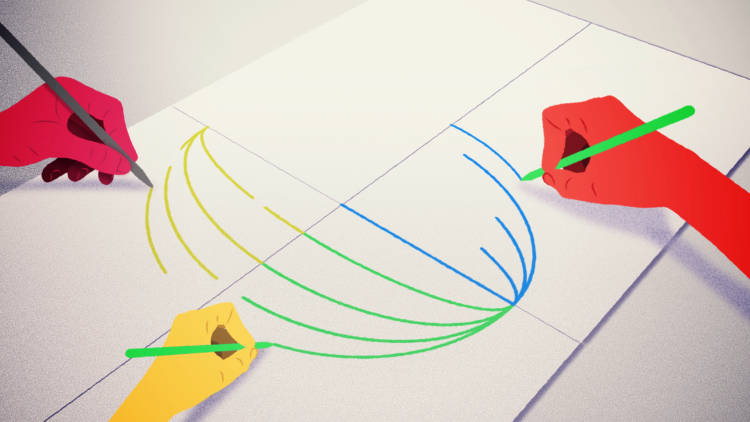 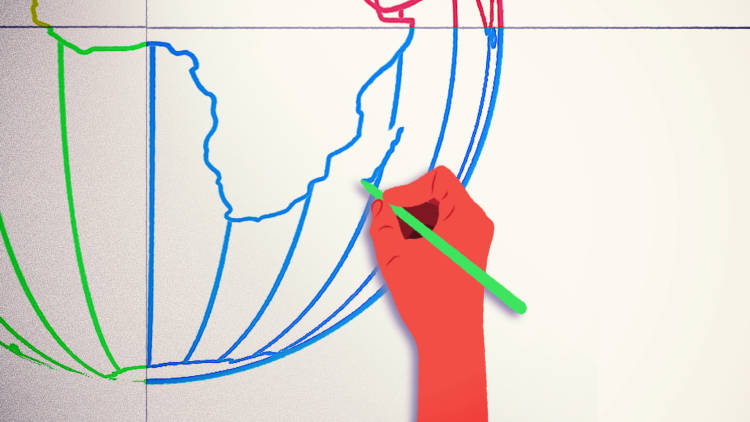