Gene mutations | What is cystic fibrosis?

Cystic Fibrosis Trust asked us to create an animation to explain the different CF-causing mutations of the gene that makes the CFTR protein, and why drugs like Orkambi and Kalydeco work. Internally, they were already using a presentation which used the analogy of a car production line to illustrate how the different classes of mutation work, and they wanted to see if this approach could be successfully developed into an animation. The film was primarily for those affected by CF but also for the CF community, to increase understanding across the board.

After in depth discussions with the client team, we agreed that keeping the car production line, using a familiar analogy to convey complex information was a great idea. We came up with the idea of the different treatments (small molecule interventions or SMIs) being represented by a droid character to make it easier to understand and to give the film more character and personality. We worked closely with CFT to devise a script that explained this complex subject matter thoroughly but that was also succinct and engaging enough to hold the viewer's attention. Using 3D animation enabled us to use multiple camera angles of the assembly line model and re-purpose various shots required to communicate the complexities of the narrative.

"This is the best explanation yet regarding how the new medications work. Simple." "Great video this helps with my cf more" 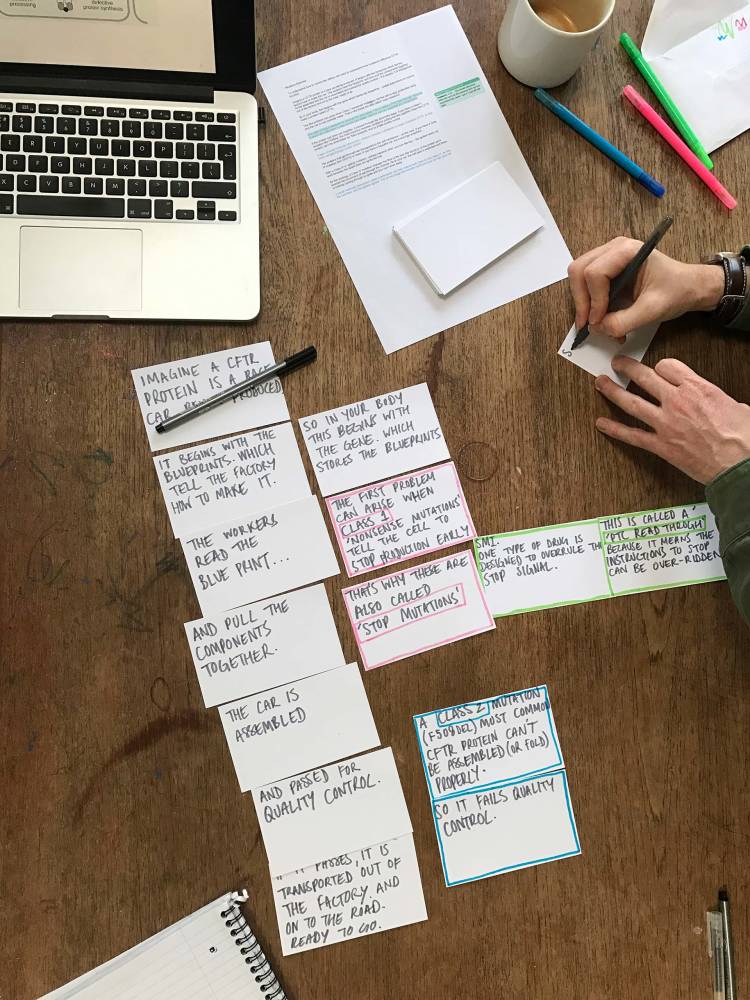 Getting the pens out to make sense of the complex journey through the animation (with a nice cup of tea of course). 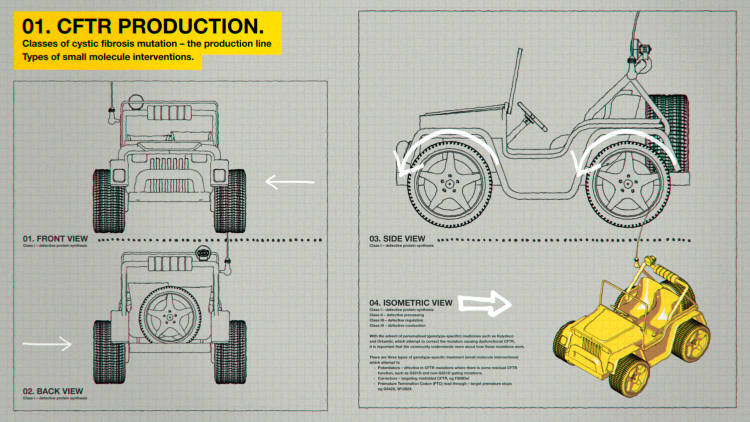 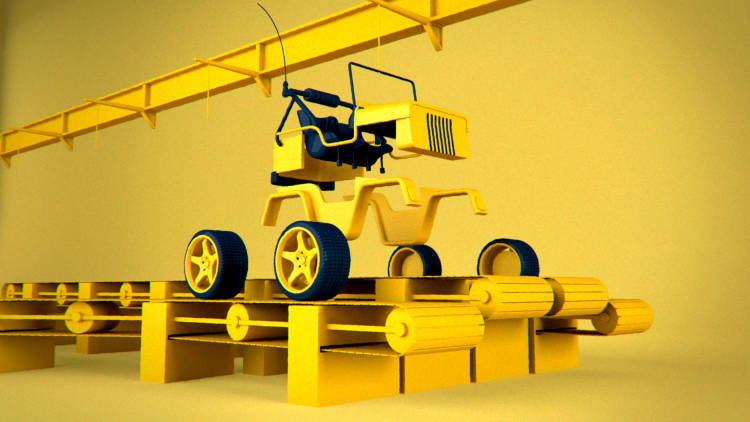 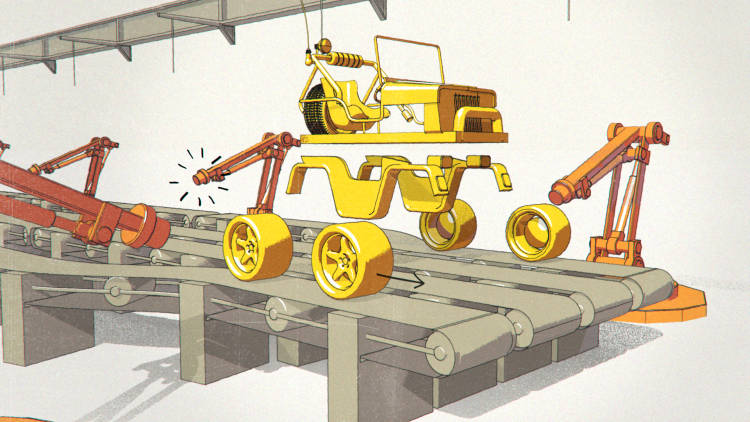 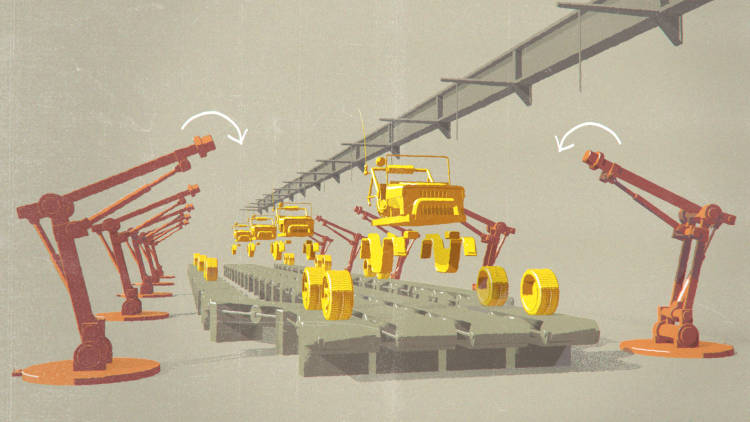 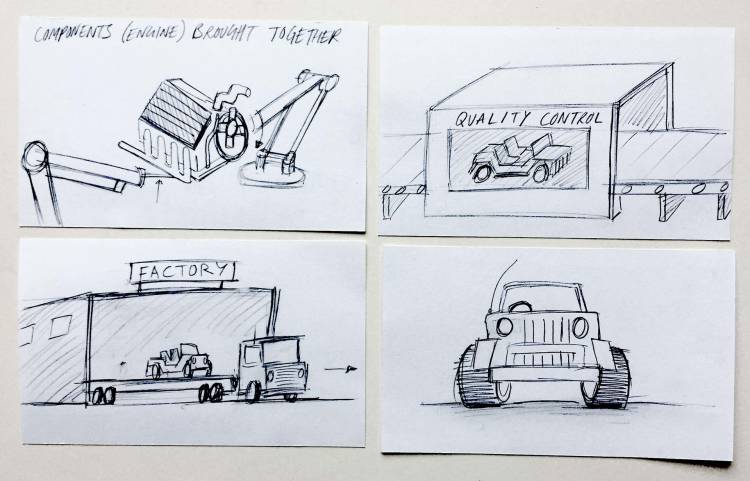